Story time! The Addict Diaries Vol. 3: That time I took my first pill & my life was over.

When I took it, the strangest thing happened. All my stress, all my anxiety, it all just melted away. Nothing mattered, I didn’t care about anything, it had flipped a switch in my brain I didn’t even know I had. It gave me so much power (or so I thought). It all starts off innocently enough, and the next thing you know it goes from recreationally to a daily need and want, then a necessity just to get through your days. Something dark inside your brain telling you that you have to have it.

It’s now 2004, I’m a fresh faced 19 year old just living life, working, and having fun with my friends. Life had taken its toll on me a little. I had started regularly taking Xanax and smoking weed on a daily basis. I’d get off work, stop at the dealers house, buy a handful of pills and a bag of weed and go home. I’d be exhausted from working all day, by the time I’d get home it was always between midnight and 2am.. so I’d eat the pills, watch the boring antenna tv (always late night episodes of Cheers), smoke and pass out. The naive girl from a small town who didn’t even know what drugs were, who had I become? Little did I know, as the years passed it would become harder and harder to get that girl back again. She slipped further and further from my grasp with every high.

This was around the time getting online had became super popular, so my roommates and I would take turns signing into our dial-up internet and playing around on AOL messenger. I had came across an old friend of mine from high school, Mark*, who I used to hang out with ALL the time. He was literally the nicest sweetest guy you could ever meet. A little on the creepy side to some, but I understood his social anxiety because I had it too. Never a romantic relationship, more like a best friend/brother/protector.

It wasn’t a good routine I had settled into, but I was so homesick and hated my depressing life at this point, I needed to go home.

We started talking regularly on the phone and online, I opened up to him about how miserable I was and how stuck I felt. This went on for a month or so. One night after I got off work I had a baggie full of pills in my bra, called Mark* and chatted. He would always tell me how I deserved better and I needed to get out of the bad situation I had settled myself into.

Now remember, I was super high and pretty out of it’s when he said the words “Tell me you want to come back home and I’ll get in my car and come get you right now”

I felt around in my bra for those pills, ate 2 more and the next thing out of my mouth was..

Popular posts from this blog 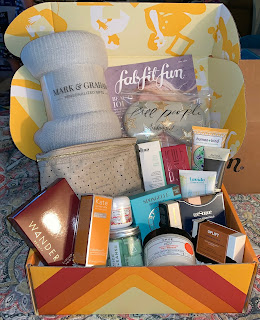 Okay so first off, that is a lot of F’s in my title.. try saying that 3 times fast. Lol. & second, Hi! I genuinely hope that you’re having a good day so far. ❤️


Now that that’s out of the way, let’s get into this FFF subscription box... Yay! These boxes are always so exciting, like Christmas 😆


Now unless you’re living under a rock with Patrick Star, justabout everyone knows about this one, myself included, since its promoted by just about every influencer & celebrity nowadays. It has always piqued my interest, but I just could never justify spending the fifty bucks. With 8 small kids, you can ALWAYS find a more productive way to spend $50. And when you have 8 kids all under age 11, fifty bucks is a LOT of money sometimes. But a couple of weeks ago I came across a promo they were running for this fall box. Not only were they offering the $10 off your first box, but if you use the code “goodies” you’ll also receive a mystery bundle of products valued at $125+

My first blog as a beauty guru? 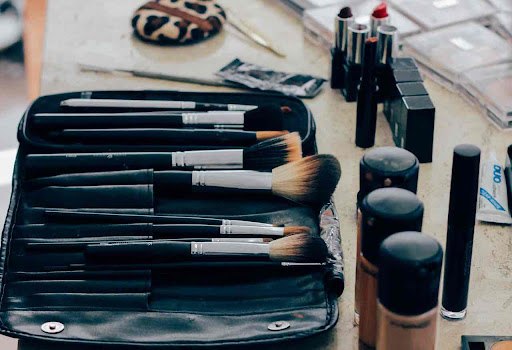 A question I had to ask myself.. am I an influencer? Honestly my answer would immedately be no, nope, not even close. Instead of allowing my anxiety, fear, and self loathing to guide all of my life decisions, I am choosing to move out of my comfort zone and put everything into this blog. I am so far from a beauty guru that it’s not even funny, but my driving passion in life has always been all things makeup, beauty and skincare.. and writing. Granted, I’ve been pretty busy this past decade giving birth and raising 8 (yes, 8) tiny human beings.. so I haven’t had much time for anything besides bottles, diapers, and time outs. So I’m pretty rusty in all the above categories.   But that’s okay, because today is the day. Today is the day I branch out beyond just being “mommy” and do something I enjoy. Beauty and writing.
I never would have thought in a million years I’d be someone attempting to give others advice and tips on makeup. Believe me, I’m basically more of a man than my husband some…
Read more 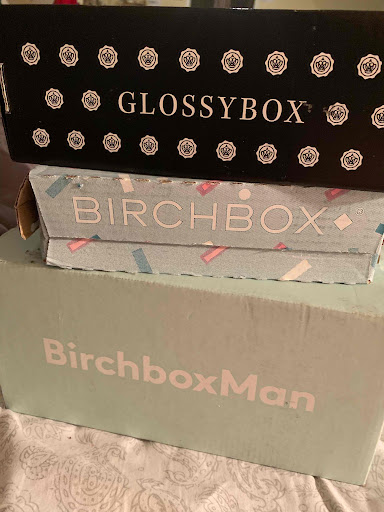 Birchbox x3 & Glossybox Sept 2019
I’m definitely one of those people who are way too obsessed with getting boxes in the mail, and I’m probably subscribed to way more than I should be lol. So I made a little list of subscription boxes that I am also subscribed to, & they have referrals/codes for you to be able to get your first box free/cheap! You can cancel the subscriptions afterwards and not receive the next, or continue with it. (Psst.. or option 3, where you can keep getting every months box free/discounted if you do it correctly) ☝️ I won’t ramble too much in this post (pfft yeah right.. Kim not ramble? Suuure), so let’s get right into it!
👉(Click the names to be taken to the site for each specific deals/discounts)

Modest Beauty Mom
Welcome! I’ve created this space in hopes of meeting others with similar interests! Sharing my experiences and opinions you didn’t ask me for ;) Spread the love! ❤️